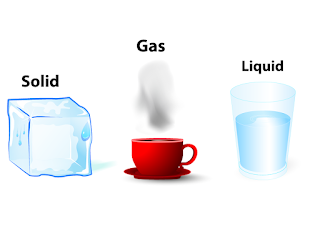 A typical rate of deposit of dust (“dustfall”) from unpolluted air was reported as 10 tons per square mile per month. (a) Express this dustfall in milligrams per square meter per hour. (b) If the dust has an average density of 2 g/cm3, how long would it take to accumulate a layer of dust 1 mm thick?

The Greater Vancouver Regional District (GVRD) chlorinates the water supply of the region at the rate of 1 ppm, that is, 1 kilogram of chlorine per million kilograms of water. The chlorine is introduced in the form of sodium hypochlorite, which is 47.62% chlorine. The population of the GVRD is 1.8 million persons. If each person uses 750 L of water per day, how many kilograms of sodium hypochlorite must be added to the water supply each week to produce the required chlorine level of 1 ppm

A piece of high-density Styrofoam measuring 24.0 cm by 36.0 cm by 5.0 cm floats when placed in a tub of water. When a 1.5 kg book is placed on top of the Styrofoam, the Styrofoam partially sinks, as illustrated in the diagram below. Assuming that the density of water is 1.00 g/mL, what is the density of Styrofoam?

The total volume of ice in the Antarctic is about 3.01 107 km3. If all the ice in the Antarctic were to melt completely, estimate the rise, h, in sea level that would result from the additional liquid water entering the oceans. The densities of ice and fresh water are 0.92 g/cm3 and 1.0 g/cm3, respectively. Assume that the oceans of the world cover an area, A, of about 3.62 108 km2 and that the increase in volume of the oceans can be calculated as A x h.

The filament in an incandescent light bulb is made from tungsten metal (d 19.3 g/cm3) that has been drawn into a very thin wire. The diameter of the wire is difficult to measure directly, so it is sometimes estimated by measuring the mass of a fixed length of wire. If a 0.200 m length of tungsten wire weighs 42.9 mg, then what is the diameter of the wire? Express your answer in millimeters.

Blood alcohol content (BAC) is sometimes reported in weight-volume percent and, when it is, a BAC of 0.10% corresponds to 0.10 g of ethyl alcohol per 100 mL of blood. In many jurisdictions, a person is considered legally intoxicated if his or her BAC is 0.10%. Suppose that a 68 kg person has a total blood volume of 5.4 L and breaks down ethyl alcohol at a rate of 10.0 grams per hour.* How many 145 mL glasses of wine, consumed over three hours, will produce a BAC of 0.10% in this 68 kg person? Assume the wine has a density of 1.01 g/mL and is 11.5% ethyl alcohol by mass. (*The rate at which ethyl alcohol is broken down varies dramatically from person to person. The value given here for the rate is a realistic, but not necessarily accurate, value.)

The accompanying sketches suggest four observations made on a small block of plastic material. Tell what conclusions can be drawn from each sketch, and conclude by giving your best estimate of thedensity of the plastic. 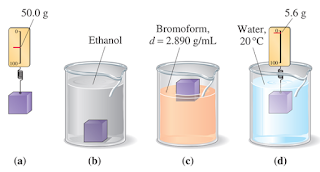