Chapter 1 — Matter (Its Properties and Measurement) 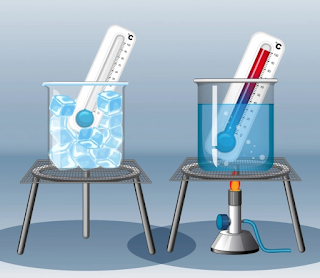 From the clinic that treats chemical dependency to a theatrical perfor- mance with good chemistry to the food label stating “no chemicals added,” chemistry and chemicals seem an integral part of life, even if everyday references to them are often misleading. A label implying the absence of chemicals in a food makes no sense. All foods consist entirely of chemicals, even if organically grown. In fact, all material objects— whether living or inanimate—are made up only of chemicals, and we should begin our study with that thought clearly in mind. By manipulating materials in their environment, people have always practiced chemistry. Among the earliest applications were glazing pottery, smelting ores to produce metals, tanning hides, dyeing fabrics, and making cheese, wine, beer, and soap. With modern knowledge, though, chemists can decompose matter into its smallest components (atoms) and reassemble those components into materials that do not exist naturally and that often exhibit unusual properties. Thus, motor fuels and thousands of chemicals used in the manufacture of plastics, synthetic fabrics, pharmaceuticals, and pesticides can all be made from petroleum. Modern chemical knowledge is also needed to understand the processes that sustain life and to understand and control processes that are detrimental to the environment, such as the formation of smog and the destruction of stratospheric ozone. Because it relates to so many areas of human endeavor, chemistry is sometimes called the central science.

Early chemical knowledge consisted of the “how to” of chemistry, discovered through trial and error. Modern chemical knowledge answers the “why” as well as the “how to” of chemical change. It is grounded in principles and theory, and mastering the principles of chemistry requires a systematic approach to the subject. Scientific progress depends on the way scientists do their work—asking the right questions, designing the right experiments to supply the answers, and formulating plausible explanations of their findings. We begin with a closer look into the scientific method.

—The scientific method is a set of procedures used to develop explanations of natural phenomena and possibly to predict additional phenomena. The four basic stages of the scientific method are (1) gathering data through observations and experiments; (2) reducing the data to simple verbal or mathematical expressions known as natural laws; (3) offering a plausible explanation of the data through a hypothesis; (4) testing the hypothesis through predictions and further experimentation, leading ultimately to a conceptual model called a theory that explains the hypothesis, often together with other related hypotheses.

—Matter is defined as anything that occupies space, possesses mass, and displays inertia. Composition refers to the component parts of a sample of matter and their relative proportions. Properties are the qualities or attributes that distinguish one sample of matter from another. Properties of matter can be grouped into two broad categories: physical and chemical. Matter can undergo two types of changes: chemical changes or reactions are changes in composition; physical changes are changes in state or physical form and do not affect composition.

—The basic building blocks of matter are called atoms. Matter that is composed of a collection of a single type of atom is known as an element. A sample of matter composed of two or more elements is known as a compound. A molecule is the smallest entity of a compound having the same proportions of the constituent atoms as does the compound as a whole. Collectively, elements and compounds compose the types of matter called substances. Mixtures of substances can be classified as homogeneous or heterogeneous (Fig. 1-4). The three states of matter are solid, liquid, and gas.

— Chemistry is a quantitative science, meaning that chemical measurements are usually expressed in terms of a number and an accompanying unit. The scientific system of measurement, called the Système Internationale d’Unités (abbreviated SI), involves seven base quantities (Table 1.1). Mass describes a quantity of matter. Weight measures the force of gravity on an object; weight is related to, but different

1-5 Density and Percent Composition: Their Use in Problem Solving