Home » Health » The Myriad Dangers of Smoking for Body Health

The Myriad Dangers of Smoking for Body Health 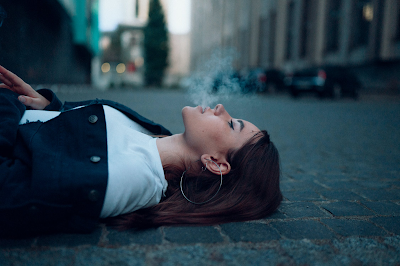 The dangers of smoking for the health of the body need not be doubted. Various dangerous diseases can be caused by this bad habit. Not only active smokers, cigarettes are also dangerous for anyone who inhales the smoke or passive smokers.

Every cigarette you smoke can increase your risk of various diseases, such as heart disease, stroke, fertility problems, and lung disorders, such as COPD and lung cancer.

In Indonesia, it is estimated that more than 230,000 people die from smoking every year.

The dangers of smoking are caused by the various ingredients contained in a cigarette. It is estimated that there are more than 7,000 chemicals in it and about 70 of them can cause cancer.

The following are harmful chemicals in cigarettes:

Nicotine is a stimulant that can improve mood and improve memory and concentration. However, this substance can cause addiction or addiction effects, making it difficult for smokers to stop the habit.

In addition, people who are addicted to nicotine are also at risk for dangerous side effects of nicotine, such as increased heart rate and blood pressure, reduced appetite, shortness of breath, nausea, and diarrhea.

This substance is often found in car exhaust fumes. Carbon monoxide can block the supply of oxygen to all parts of the body, forcing the heart to work harder, and impairing the performance of the lungs.

When smoking, the tar content in the cigarette will also be inhaled. This substance can narrow the small air passages in the lungs or bronchioles which are responsible for absorbing oxygen.

In addition, tar can also damage the fine hair or cilia that function to remove viruses, germs, dust, and foreign objects from the respiratory tract.

Tar in cigarette smoke contains various carcinogenic chemicals that can trigger the development of cancer cells in the body. This substance can also make teeth and fingers yellow.

Benzene can be found in pesticides and fuel oil (gasoline). Exposure to benzene in cigarettes can increase the risk of developing leukemia and other blood disorders.

In addition to the ingredients above, there are still many toxic chemical substances in a cigarette, such as arsenic which is used in pesticides, formalin which is commonly used to preserve corpses, cyanide to make chemical weapons, and ammonia.

Dangers of Smoking for Health

The chemical substances contained in cigarettes are very dangerous for your health and those around you. There are several dangers of smoking to health, including:

People who smoke frequently, either actively smoking or simply inhaling secondhand smoke from those around them, are at higher risk of cardiovascular disease, such as heart disease and stroke.

This risk can be further increased in smokers who rarely exercise, do not maintain a diet, and are often stressed.

Smoking can interfere with brain development and function, both in children, adolescents, and adults. In addition, smoking can also increase the risk of various diseases in the brain, such as stroke, brain aneurysm , and dementia or dementia.

3. Diseases of the mouth and throat

Bad breath, stained teeth, and gum disease are common effects of smoking. Not only that, smoking can also cause other serious problems, such as cancer of the mouth, lips, tongue, and throat, including cancer of the larynx and nasopharyngeal cancer.

One of the most dangerous effects of smoking is lung cancer. Chemicals in cigarettes have the potential to damage lung cells which can then turn into cancer cells.

In addition, smoking can also cause various diseases of the lungs, such as bronchitis , chronic obstructive pulmonary disease (COPD), and emphysema .

Smoking can weaken the muscles that control the lower part of the esophagus, allowing stomach acid to rise up into the esophagus. This condition is known as acid reflux disease or GERD .

Some other risks of gastric disease that can occur in a smoker are ulcers or gastric ulcers and gastric cancer.

6. Bones are porous or brittle

Toxins in cigarettes can cause bone fragility. Therefore, smokers are more at risk of developing brittle bones or osteoporosis . Research also states that women who smoke are more prone to osteoporosis than women who do not smoke.

Signs of premature aging, such as wrinkles around the eyes and mouth, are at risk of appearing earlier in active smokers. This is due to the lack of oxygen intake to the skin, so people who smoke will look older than people who do not smoke.

8. Problems with the reproductive organs

Smoking can interfere with the reproductive system and fertility. In men, smoking can cause erectile dysfunction and reduce sperm production.

While in women, smoking can reduce fertility rates. In addition, the risk of cervical cancer is higher because smoking reduces the body's natural ability to fight HPV infection .

In addition to physical illness, smoking can also cause psychological disorders, such as anxiety disorders, insomnia, and depression . This effect can occur because the brain has been damaged due to frequent exposure to toxic substances from cigarettes or because of sudden smoking cessation.

Smoking habits can interfere with health and reduce the quality of life for you and those around you. So that the dangers of smoking do not come, you should not smoke or start trying to quit smoking .

If you have difficulty quitting smoking or have experienced health problems due to the dangers of smoking, such as frequent shortness of breath, cough that doesn't go away, coughing up blood, or psychological disorders, you should consult a doctor to get the right treatment.