Home » Health » What Is Sonography and How Does It Work? When it comes to sonography and ultrasound, what is the difference? 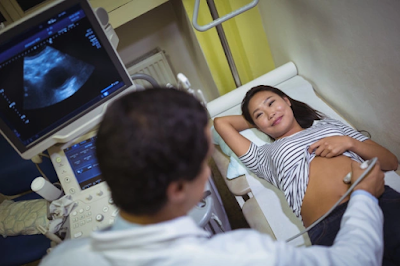 A medical condition can be diagnosed more accurately when the internal body structure can be seen in all of its dimensions, including its size, shape, and density. As a result, if the tissue is denser and harder, it will bounce more high-frequency sound waves back to the transducer, resulting in a brighter sonogram image. A transducer is a device that emits ultrasound waves and is used in the field of sonography. The high-frequency sound waves emitted by the transducer are inaudible because of their frequency.

What is the reason for this?

Sonography is used for a variety of applications. A skin incision is not required for this imaging technique, which is used for examining the abdomen. An abdominal ultrasound test can be used to diagnose the following conditions:

During pregnancy, sonography is frequently used to evaluate the development of the fetus. It can also be used to determine the location, age, and number of fetuses in a pregnancy, as well as the likelihood of birth defects.

It is also employed in the evaluation of medical conditions such

The Technique Is It Safe to Use?

In contrast to imaging techniques that have the potential for complications, sonography is the preferred imaging technique. There is no radiation used in this procedure. When a CT scan is performed, the patient is subjected to high levels of radiation exposure. In the case of magnetic resonance imaging (MRI), images are captured with the help of extremely powerful magnets. Patients who have metal implanted in their bodies are unable to undergo an MRI.

The sonography test is performed on the skin's surface, and there are currently no known complications associated with sonography use. Ultrasound waves are considered to be completely harmless. When tissues are subjected to ultrasound waves for an extended period of time, there is a risk of tissue disruption occurring. The sound waves' power is adjusted by the computer, and the sonographer employs techniques to shorten the duration of exposure. As a result, when compared to other imaging techniques, sonography is relatively safe.

Within less than 30 minutes, the procedure will be completed. In most cases, the procedure will take place in a hospital setting. However, imaging centers and obstetric offices are also options. As a rule, sonography is combined with blood tests to determine your eligibility. An emergency sonography test will be performed as soon as possible and without any further delay if necessary.

Determine whether you should consume anything prior to the procedure by speaking with your doctor. It is recommended that you undergo the gallbladder examination on an empty stomach and fast for 6 hours before the procedure. Drink plenty of water before the sonography test if your bladder is going to be examined.

You must dress in clothing that is simple to take off and put on again afterward. In order to conduct an examination, you must first expose the area that requires examination. Your first request will be to lie down on a bed.

To begin with, a colorless gel will be applied to the area that will be examined, and then the transducer will be placed on the area that is being examined. In order for the ultrasound waves to travel from the transducer to the area under investigation, the gel must be applied to the skin. An ultrasound transducer is moved over your skin by the sonographer, where the waves bounce off of your internal body structure, which is then inspected. Images will be created and displayed on the computer monitor as a result of the process. While looking at the images, the sonographer will look for visual cues that indicate whether the area under examination is healthy or not. Following an examination of the images, the doctor will make a diagnosis and explain the results to you in detail..

What is the difference between sonography and ultrasound, and how do they differ?

A variation on the term sonography is the term ultrasonography. Ultrasound has a number of advantages, including:

Sonography is the technique, and ultrasound is the tool, to put it simply.

Colliding with the particles in their immediate vicinity, these high-frequency sound waves transfer energy through solid, liquid and air. When compared to air, sound waves travel more quickly through solids. When the sound travels through your internal structures, the waves move at a different speed. echoes are created when the waves hit the shore. These echoes are converted into images known as sonograms when they are processed by a computer.

It is accomplished through the use of high-frequency sound waves generated and received by machines. The machine aids both the sonographer and the doctor in their examination of the patient's internal organ structures.

Two-dimensional and three-dimensional images can be produced by ultrasound devices (Figure 1). 2D ultrasound has been used by gynecologists to examine the development of the fetus for several decades. Aside from the fact that 2D images are useful, 3D ultrasound can produce images that are more detailed and accurate. Because ultrasound does not emit radiation, it can be used in an emergency situation to make a diagnosis without the need for other imaging methods.

Procedures are guided by ultrasound, which is another application. A needle biopsy is a good example of this type of procedure. The procedure of a needle biopsy involves the collection of cells from the affected area in order to make a diagnosis of the condition. It is also employed in the guidance of breast cancer biopsies.. Furthermore, it is employed in the diagnosis of heart-related medical conditions such as congestive heart failure. An echo cardiogram is the name given to the ultrasound examination of the heart. A heart attack can be used to determine the extent of the damage caused.

Soft tissues may not always be visible on X-rays due to their density. Ultrasound is preferred in these situations.

It is also used to diagnose potential pelvic inflammatory disease, pelvic masses and abscesses, as well as to rule out endometriosis. The procedure is also used to examine the reproductive system in patients who are having difficulties becoming pregnant.

Sonography, which is regarded as one of the most effective imaging techniques, aids doctors in making accurate diagnoses. In both therapeutic and diagnostic applications, it is employed. It is also noninvasive, portable, and reasonably priced, making sonography an excellent choice. Patient's who will not be able to travel to a hospital or imaging center can have sonography performed on them while they are still at their location because it is portable. However, always ask questions about the procedure and follow the doctor's instructions prior to going through with it.