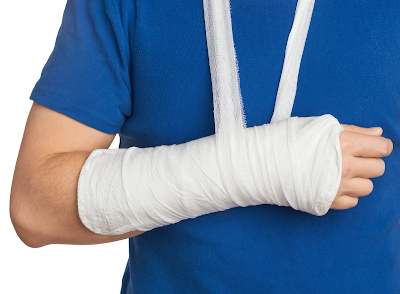 If you or someone close to you has a broken bone, then one way to overcome it is to put a cast on. There are many benefits that casts will have for those who are undergoing treatment for fractures. However, the installation of plaster can not be arbitrary.

You also need to know all the ins and outs about casts before deciding to use them. Here are the benefits of casts and all the other information about plastering that you need to know:

A cast is a device in the medical world that is used to protect and support bones or joints that are undergoing injuries such as fractures. The cast will be placed on the area of ​​the body that has broken bones by an orthopedist, which is a doctor who specializes in bone treatment.

The main benefit of a cast is that it helps to hold and keep the ends of the broken bones in the right position. It is also useful for preventing the surrounding area from moving during the healing process. A cast also helps prevent or reduce muscle contractions and keep the fractured area from moving, especially after a person has had fracture surgery.

Placing a plaster cast will also help people with fractures experience fewer symptoms due to fractures. This is quite important in healing, so the patient can rest better until the condition is completely recovered.

Before placing a cast, a person will usually run imaging tests such as X-rays to diagnose the fracture and find out what type of fracture occurred. The cast will also not be placed if the patient still has swelling around the area where the cast will be placed.

Meanwhile, for the type of fracture that is more complicated or serious, the process of straightening the bone is generally carried out by a surgical procedure. After making sure the bone is in the right position, the new doctor will start placing a cast at the location of the bone.