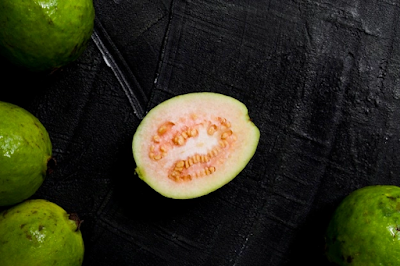 Who has never tasted the pleasure of red guava juice or white guava spicy salad. Besides being delicious to eat, it turns out that guava also has various health benefits. To find out, let's look at the discussion about the benefits of guava below.

Guava is a plant that comes from countries in Central America, such as Mexico, Brazil, Colombia, and Venezuela. This fruit, also called guava, has now been widely cultivated and can be enjoyed in many tropical and subtropical countries, such as Indonesia. Guava is rich in vitamin C, vitamin A, as well as potassium, and antioxidants such as lycopene. In addition, guava also contains other nutrients, such as fiber, iron, protein, magnesium, and folate, although in small amounts.

Here are some of the benefits of guava that you need to know, such as:

Protects the body from free radicals

The content of vitamin C in guava acts as an antioxidant, which is useful for protecting the body from cell damage caused by free radicals. Many experts believe that free radicals are one of the factors that trigger the development of cancer. This antioxidant content is not only found in guava fruit, but also in the leaves.

Although the myth says guava as one of the foods that cause appendicitis, in fact the benefits of guava can actually be useful as a digestive system smoothing. This benefit is obtained from the high fiber content in guava, so it can prevent constipation and ensure that the good germs in the digestive tract keep working.

Guava is a fruit that you should consume if you suffer from high blood pressure. A study even revealed, consuming guava fruit can lower bad cholesterol and lower blood pressure. The benefits of guava are obtained thanks to the content of vitamin C and fiber.

Brightly colored fruits such as red guava, mango, papaya, and watermelon, are good sources of vitamin A to maintain eye health. Not only that, vitamin A is also important for the growth and development of body cells, boosts the immune system, and keeps the skin healthy. With the content of vitamin A in it, you can get many benefits of guava for health.

In a study conducted on mice, it was found that guava fruit was able to protect the kidneys from the effects of diabetes. Guava is also one of the fruits for diabetics because it contains various vitamins, minerals and fiber as well as a low glycemic index. Meanwhile, other studies suggest that red guava is thought to significantly reduce diabetes symptoms, as well as reduce damage caused by inflammation and oxidation processes in diabetics. However, these studies are still limited to animal trials and have not been tested on humans.

According to research, guava leaf extract is thought to inhibit the growth of the dengue virus. Boiled guava leaves are also believed to reduce the risk of bleeding in patients with dengue fever, and can increase the number of platelets in patients with dengue hemorrhagic fever. However, the effect of this therapy is still limited to herbal medicine, and there are not many clinical studies to confirm the benefits of guava as a dengue fever medicine.

In addition to the benefits described above, there are also other benefits that you can get from guava. In traditional medicine, guava is often processed into juice to help heal internal wounds, relieve headaches, and relieve diarrhea.

The benefits of guava are many, but further research is still needed to support and prove these claims. But, don't let that make you hesitate in consuming guava, because this fruit contains many important nutrients that your body needs.