Tracing the Causes of Swollen Gums and How to Overcome it 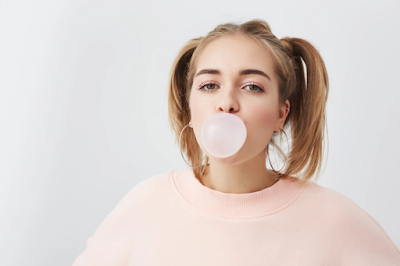 Swollen gums not only can lead to no n Yemen at the mouth, but also damage to the tissues and bone that support the teeth if ignored. It is important for us to know the cause of swollen gums so that this condition can be anticipated, as well as how to treat it to avoid complications.

The initial appearance of swollen gums can be characterized by red, swollen, and bleeding gums when you brush your teeth or touch them.

When swollen gums affect the tissues and bones that support teeth, there are several accompanying symptoms, ranging from pus under the gums or teeth, bad breath , and a bad taste in the mouth. This condition is called periodontitis .

Why Are Gums Swollen?

Swollen gums are a fairly common health problem. In some cases, the swollen gums can be large enough to completely cover the tooth.

Here are some factors that can increase the risk of swollen gums:

In addition, swollen gums can also be triggered by gums that are too sensitive to the use of toothpaste or mouthwash, as well as improper installation of dentures or other dental equipment.

How to Overcome Swollen Gums

Complaints of swollen gums that are still mild can usually be treated by improving oral hygiene . Some of the ways you can do this include:

If swollen gums are suspected as a side effect of the drug, first consult the doctor who prescribed it, so that the doctor can decide whether it is necessary to replace or stop using the drug.

In cases of swollen gums that are severe or cause a condition called acute necrotizing ulcerative gingivitis (ANUG), treatment from a doctor is necessary. Your doctor will likely prescribe a combination of pain relievers, antibiotics, and a mouthwash containing chlorhexidine or hydrogen peroxide to treat your swollen gums .

One of the best ways to prevent swollen gums is to keep your teeth and mouth clean every day. In addition to brushing your teeth, you should also:

The role of the gums is very important. Disorders of the gums that are not treated can have a negative impact on other parts of the mouth.

Therefore, if you experience swollen gums that do not heal even though you have tried to improve oral hygiene and adopt a healthy lifestyle, immediately consult a dentist for further treatment.