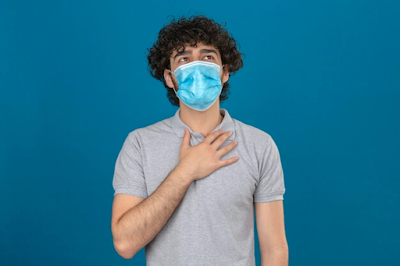 People with chronic lung disorders such as asthma or COPD are recommended to do a spirometry test. Learn more about the test procedure here.

To find out how well your lungs function, how much and how fast the air is inhaled and exhaled, you can do spirometry.

Spirometry is an examination method to monitor lung capacity function using a device called a spirometer. This test is often performed on various respiratory diseases.

Generally spirometry examination is done in about 15 minutes. What is the spirometry procedure and the risks? Check out the following explanation.

Your doctor may recommend spirometry if you experience any of the following symptoms of chronic lung conditions:

If diagnosed with chronic lung disorders, spirometry can be done periodically. This action is done to determine the effectiveness of treatment and its impact on respiratory conditions.

In addition, spirometry tests are also used to determine how adequate the ability of the lungs to deal with lung surgery is.

Preparation Before the Spirometry Test

Before performing a spirometry exam, you can follow a number of instructions as directed by your doctor. For example, avoid using inhaled medications for shortness of breath.

You are also advised to wear loose clothing so as not to interfere with taking deep breaths.

Then, it is important not to eat large meals before the spirometry test. These tips are done to make it easier to breathe during the examination.

When taking a spirometry test, you must breathe using the spirometer. Doctor Dyah Novita Anggraini explained that this procedure is done by inhaling, then exhaling as hard as possible on the spirometer with the mouthpiece inserted into the mouth.

Before carrying out the test, the doctor will give special instructions. Therefore, understand it carefully and don't hesitate to ask questions if something is not clear.

The reason is, the accuracy of spirometry results depends on the procedure you take while undergoing the test. The more precise you use the spirometer, the more accurate the results will be.

Here's how to do a spirometry test:

If the results of the three spirometry tests are too variable, you may need to repeat the test one more round.

After the first round, your doctor may give you a bronchodilator, which is medicine to widen the airway. Then, wait 15 minutes to be able to perform a series of spirometry tests again.

Later, the doctor will compare the results of the two spirometry tests, as well as assess the effectiveness of the bronchodilator in improving the airway.

The FVC standard is the largest amount of air you can forcefully exhale, after taking as deep a breath as possible. If the FVC reading is lower than normal, this indicates that your breathing is limited.

Meanwhile, FEV is the amount of air that can be expelled from the lungs in one second. This reading helps the doctor assess the severity of the respiratory condition.

The spirometry test is performed using force. Therefore, this examination should not be done if you have recently had a heart attack or other heart disease.

However, according to the Mayo Clinic , spirometry is generally a safe test to do. This test rarely causes severe breathing problems.

It is possible that the spirometry test only causes shortness of breath or dizziness shortly after the examination.

If you have chronic lung disorders such as asthma, COPD, emphysema, chronic bronchitis, or pulmonary fibrosis, don't hesitate to do a spirometry test.