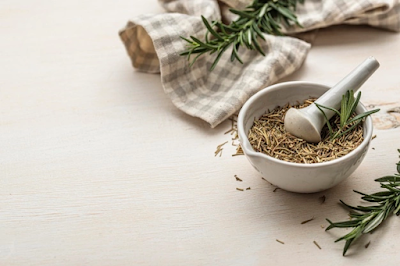 People with bronchial asthma usually use inhalers or take asthma medications to relieve symptoms. But not only   can be treated with inhalers , some natural herbal remedies are also claimed to help relieve the symptoms of bronchial asthma .

Bronchial asthma is actually another name for asthma , which is an acute swelling of the walls of the respiratory tract that causes attacks of shortness of breath, wheezing , and coughing.

Patients with bronchial asthma will usually be given asthma medication in the form of tablets or pills and inhalers by a doctor, of course, depending on the trigger, the severity of the symptoms, how often asthma relapses, and the age of the patient. The drug works by relaxing the muscles that surround the respiratory tract. As a result, the airway can open wider and make it easier for the sufferer to breathe again.

In addition to medical drugs prescribed by doctors, bronchial asthma can also be relieved by various natural herbal ingredients. These herbal remedies can be easily found, including:

In addition, urine therapy is also often recommended for people with asthma, but so far there is no medical evidence regarding these benefits. Although it is natural, it does not mean that the above bronchial asthma herbal remedies are completely safe. Consult a doctor first before using it as a treatment.