Home » Health » Getting to Know Roundworms, Parasites That Can Live in the Intestines

Getting to Know Roundworms, Parasites That Can Live in the Intestines 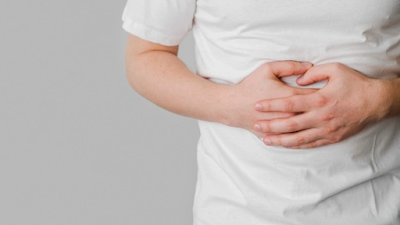 Roundworms are often found in an environment that is not kept clean. This type of worm can enter the body and multiply in the intestines, triggering various diseases. Want to know more about roundworms? Come on, see the following discussion .

Roundworms ( Ascaris lumbricoides ) have a round and long body shape. The length of these worms varies, some are only a few millimeters, but some are up to two meters.

Roundworms usually enter the body through contaminated food. These worms live in the intestines and reproduce by stealing nutrients from the food they eat.

The Life Cycle of Roundworms in the Body

The roundworm Ascaris lumbricoides grows and reproduces in the human body through a repeated life cycle. In a day, female roundworms can lay up to 200,000 eggs.

Initially, worm eggs that are ingested by humans will hatch in the intestines into larvae. Furthermore, the worm larvae will penetrate the intestinal wall and stay there until adulthood. As adults, the worms will reproduce and produce more eggs.

And so on until there are more and more in the intestine. Some roundworm eggs hatch into larvae and then into the lungs, but some are released through feces .

There are various types of diseases that can be caused by roundworms, such as strongyloidiasis and ascariasis . Both diseases often do not cause symptoms early in infection. However, when the growth of roundworms in the body increases, there are several symptoms that can arise.

The following are some of the symptoms that can appear when roundworms begin to infect the intestines, including:

Ascariasis that is not treated properly can cause sufferers to experience all of these symptoms at the same time. In addition to infecting the intestines, roundworms can also infect the lungs and cause symptoms such as:

In children, roundworm infection can cause complications in the form of impaired growth and development due to nutritional deficiencies due to loss of appetite and poor absorption of nutrients.

Given that roundworm infections often occur through food, make sure the food you consume has been processed cleanly and hygienically and cooked until it is fully cooked. Also make it a habit to always wash your hands before eating and after getting out of the bathroom.

Do not forget to take worm medicine regularly to prevent intestinal worms. You can also consult a doctor if you experience various symptoms related to the roundworm infection mentioned earlier.