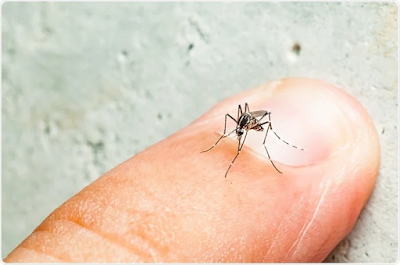 "During the rainy season, the population of Aedes aegypti which is the cause of dengue fever will increase because unhatched eggs will hatch when their breeding habitat begins to be flooded by rainwater. When the mosquito population increases, this will also lead to an increase in the transmission of dengue hemorrhagic fever.”

Dengue fever is one of the fastest-spreading mosquito-borne diseases. As the rainy season approaches, the World Health Organization (WHO) will generally call for action to minimize illness and death from dengue fever.

WHO also stated that the incidence of dengue fever has increased 30 times over the last 50 years. Of the approximately 2.5 billion people at risk of dengue fever globally, about 70 percent of them live in Asia Pacific countries.

Dengue Fever in the Rainy Season

How to Prevent Mosquito Bites

To prevent dengue infection, a person can actually get a vaccine. However, the World Health Organization stresses that the vaccine itself is not an effective tool for reducing dengue fever in areas where the disease is common. Prevention of mosquito bites and control of mosquito populations are still the main methods to prevent the spread of dengue fever.

If you live or travel to an area where dengue fever is common, here are some tips to reduce the risk of mosquito bites:

Houses that have air conditioning or have ventilation installed with barrier nets, are less likely to be bitten by mosquitoes in the house. In addition, you should know that the mosquitoes that carry the dengue virus are most active from dawn to dusk, but they can also bite at night.

When you go to a mosquito-infested area, wear long-sleeved shirts, long pants, socks and shoes.

Permethrin can be applied to clothing, shoes, camping gear, and mosquito nets at home. You can also buy clothes made with permethrin already in them. As for the skin, use a lotion that contains at least 10 percent concentration of DEET.

Mosquitoes that carry the dengue virus usually live in and around homes, breeding in standing water that can congregate on used car tires. You can help reduce mosquito populations by eliminating the habitats where they lay their eggs. At least once a week, empty and clean containers that contain standing water, such as planting containers, animal dishes, and flower vases. Keep the water container standing alone