Home » Health » Balanitis in children, these are the symptoms experienced

Balanitis in children, these are the symptoms experienced 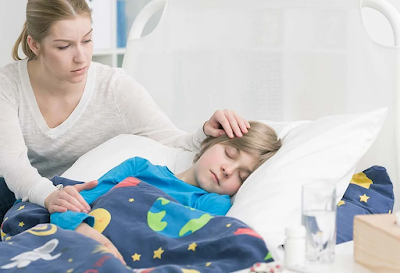 In the medical world, balanitis is pain and inflammation (swelling and irritation) of the glans (head) of the penis that most commonly occurs in uncircumcised men. Balanitis is usually caused by a fungal infection, but it can also be caused by a bacterial or viral infection. However, this disease is not contagious. It is estimated that up to 10 percent of men have balanitis, and the condition is more likely to occur in uncircumcised men and boys under the age of 4.

What are the Symptoms of Balanitis in Children?

Symptoms of balanitis in children can appear suddenly or develop gradually. These symptoms include:

Causes of Balanitis in Children

Balanitis most commonly affects uncircumcised boys, because the warm, moist area under the foreskin is an ideal place for fungus and bacteria to grow. In children, there are several common causes of balanitis such as skin sensitivity to chemicals used every day, such as soap, psoriasis or eczema, or due to lack of hygiene in the genital area.

Meanwhile, in adults, there are several things that can cause balanitis, such as:

Symptoms of balanitis that are quite disturbing need to get the right treatment immediately. Treatment for balanitis will usually depend on the cause. Some types of treatment that can be given include:

There are also several home remedies to help relieve the symptoms of balanitis, including: