Explanation About Electrolytes versus Nonelectrolytes

Said Ali Akbar | Sunday, February 3, 2019
All solutes that dissolve in water fit into one of two categories: electrolytes and nonelectrolytes. An electrolyte is a substance that, when dissolved in water, results in a solution that can conduct electricity. A nonelectrolyte does not conduct electricity when dissolved in water. Figure 1 shows an easy and straightforward method of distinguishing between electrolytes and nonelectrolytes. A pair of platinum electrodes is immersed in a beaker of water. To light the bulb, electric current must ﬂow from one electrode to the other, thus completing the circuit. Pure water is a very poor conductor of electricity. However, if we add a small amount of sodium chloride (NaCl), the bulb will glow as soon as the salt dissolves in the water. Solid NaCl, an ionic compound, breaks up into Na+ and Cl- ions when it dissolves in water. The Na+ ions are attracted to the negative electrode and the Cl- ions to the positive electrode. This movement sets up an electrical current that is equivalent to the ﬂow of electrons along a metal wire. Because the NaCl solution conducts electricity, we say that NaCl is an electrolyte. Pure water contains very few ions, so it cannot conduct electricity. Comparing the lightbulb’s brightness for the same molar amounts of dissolved substances helps us distinguish between strong and weak electrolytes. A characteristic of strong electrolytes is that the solute is assumed to be 100 percent dissociated into ions in solution. (By dissociation we mean the breaking up of the compound into cations and anions.) Thus, we can represent sodium chloride dissolving in water as
NaCl(s) (in water) → Na+(aq) + Cl-(aq)

What this equation says is that all the sodium chloride that enters the aqueous solution ends up as Na+ and Cl- ions; there are no undissociated NaCl units in solution. 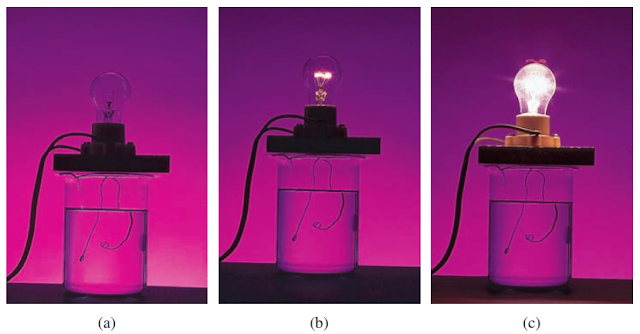 Table 1 lists examples of strong electrolytes, weak electrolytes, and nonelectrolytes. Ionic compounds, such as sodium chloride, potassium iodide (KI), and calcium nitrate [Ca(NO3)2], are strong electrolytes. It is interesting to note that human body ﬂuids contain many strong and weak electrolytes. Water is a very effective solvent for ionic compounds. Although water is an electrically neutral molecule, it has a positive end (the H atoms) and a negative end (the O atom), or positive and negative “poles”; for this reason, it is often referred to as a polar solvent. When an ionic compound such as sodium chloride dissolves in water, the three-dimensional network of the ions in the solid is destroyed, and the Na+ and Cl- ions are separated from each other. In solution, each Na+ ion is surrounded by a number of water molecules orienting their negative ends toward the cation. Similarly, each Cl- ion is surrounded by water molecules with their positive ends oriented toward the anion (Figure 2). The process in which an ion is surrounded by water molecules arranged in a specif c manner is called hydration. Hydration helps to stabilize ions in solution and prevents cations from combining with anions.

Acids and bases are also electrolytes. Some acids, including hydrochloric acid (HCl) and nitric acid (HNO3), are strong electrolytes. These acids ionize completely in water; for example, when hydrogen chloride gas dissolves in water, it forms hydrated H+ and Cl- ions:

In other words, all the dissolved HCl molecules separate into hydrated H+ and Cl- ions in solution. Thus, when we write HCl(aq), it is understood that it is a solution of only H+(aq) and Cl-(aq) ions and there are no hydrated HCl molecules present. On the other hand, certain acids, such as acetic acid (CH3COOH), which is found in vinegar, ionize to a much lesser extent. We represent the ionization of acetic acid as

in which CH3COO- is called the acetate ion. (In this book we will use the term dissociation for ionic compounds and ionization for acids and bases.) By writing the formula of acetic acid as CH3COOH we indicate that the ionizable proton is in the COOH group. The double arrow  ⇌ in an equation means that the reaction is reversible; that is, the reaction can occur in both directions. Initially, a number of CH3COOH molecules break up to yield CH3COO- and H+ ions. As time goes on, some of the CH3COO- and H+ ions recombine to form CH3COOH molecules. Eventually, a state is reached in which the acid molecules break up as fast as the ions recombine. Such a chemical state, in which no net change can be observed (although continuous activity is taking place on the molecular level), is called chemical equilibrium. Acetic acid, then, is a weak electrolyte because its ionization in water is incomplete. By contrast, in a hydrochloric acid solution, the H+ and Cl- ions have no tendency to recombine to form molecular HCl. We use the single arrow to represent complete ionizations.